By Herman Hesse — An Extended Excerpt on Prayer:

To Goldmund’s surprise, to his disappointment even, the father confessor did not take his actual sins too seriously, but reprimanded and punished him unsparingly because of his neglect in praying, confession, and communion. He imposed the following penance upon him: to live moderately and chastely for a month before receiving communion, to hear early mass every morning, and to say three Our Fathers and one Hail Mary every evening.

Afterwards he said to him: “I exhort you, I beg you not to take this penance lightly. I don’t know if you can still remember the exact text of the mass. You are to follow it word by word and give yourself up to its meaning. I will myself say the Our Father and a few canticles with you today, and give you instructions as to the words and meanings to which you are to direct your particular attention. You are to speak and hear the sacred words not the way one speaks and hears human words. Every time you catch yourself just reeling off the words, and this will happen more often than you expect, you are to remember this hour and my exhortation, and you are to begin all over again and speak the words in such a way as to let them enter your heart, as I am about to show you.”

Whether it was a beautiful coincidence, or whether the Abbot’s knowledge of souls was great enough to achieve it, a period of fulfillment and peace came for Goldmund from this confession and penance. It made him profoundly happy. Amid the many tensions, worries, and satisfactions of his work, he found himself morning and evening released by the easy but conscientiously executed spiritual exercises, relaxed after the excitements of the day, his entire being submitted to a higher order that lifted him out of the dangerous isolation of the creator and included him as a child in God’s world. Although the battles of his work had to be overcome in solitude, and he had to give it all the passions of his senses, these hours of meditation let him return to innocence again and again. Still hot with the rage and impatience of his work, or moved to ecstasy, he would plunge into the pious exercises as though into deep, cool water that washed him clean of the arrogance of enthusiasm as well as the arrogance of despair.

It did not always succeed. Sometimes he did not become calm and relaxed in the evening, after burning hours of work. A few times he forgot the exercises, and several times, as he tried to immerse himself in them, he was tortured by the thought that saying prayers was, after all, perhaps only childish striving for a God who did not exist or could not help. He complained about it to his friend. “Continue,” said Narcissus. “You promised; you must keep your promise. You are not to think about whether God hears your prayers or whether there is a God such as you imagine. Nor are you to wonder whether your exercises are childish. Compared to Him to whom all our prayers are addressed, all our doing is childish. You must forbid yourself these foolish child’s thoughts completely during the exercises. You are to speak the Our Father and the canticles, and give yourself up to the words and fill yourself with them just the way you play the lute or sing. You don’t pursue clever thoughts and speculations then, do you? No, you execute one finger position after another as purely and perfectly as possible. While you sing, you don’t wonder whether or not singing is useful; you sing.  That’s how you are to pray.”  And once more it worked. Again his taut, avid ego extinguished itself in wide-vaulted order; again the venerable words floated above him like stars.

With great satisfaction, the Abbot saw Goldmund continue his daily exercises for weeks and months after his period of penance was over and after he had received the holy sacraments. 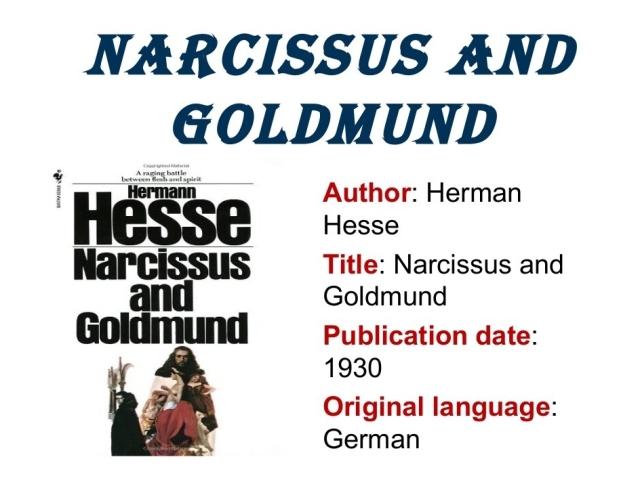